Is the NFL going soft? 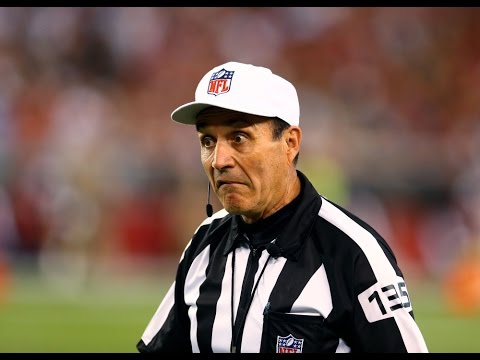 A referee expresses astonishment over the growing softness of today's football game.

Historically, football has been very physical. Many people have suffered severe and life-ending injuries on the field. There have recently been many concerns and fears. Arguably the greatest athlete of all time, LeBron James, stated he would never allow his children to play football. To minimize the danger, the NFL has enforced a lot of new rules. Though these rules changes were meant to provide more safety for players, they have received much criticism.

Fans across the Nation feel football is heading into the wrong direction. Since it is physical, viewers believe there is no way to make it safer without ruining the fun and love of it. “Players know what they are getting themselves into when they put on their pads,” said Senior Alex Edgecomb. “You cannot take away the physicality of football without messing up the game. The sport is meant to be competitive, rough, and gritty and the league should not take that away.”

Some of these precautions have affected the outcome of games. In week three, The Green Bay Packers squared off with The Washington Redskins. Late in the third quarter on second down, Packers’ linebacker Clay Matthews was flagged for roughing the passer. Matthews made a clean hit, wrapping up the quarterback. However as the rule states, he placed too much of his body weight on the passer, resulting in the penalty. “When you have a hit like that, that is a football play,” said Matthews when interviewed. “Unfortunately this league is going in a direction a lot of people do not like. They are going soft.” The Super Bowl champion and six-time Pro Bowl selection believes something has to change.  The Packers went on to lose 31-17.

While the NFL’s goals to protect players is well-intentioned, the outcomes are often destructive. Over the years, a lot of information has surfaced regarding the effects of hard hits. Studies show that helmet-to-helmet collision leads to a brain disease known as Chronic Traumatic Encephalopathy (CTE.) The disease gradually rots away the brain and is compared to Alzheimer’s. The league has had players retire because of this situation and has also lost some of its support. While the NFL’s intentions to protect players is good, the outcomes are often destructive. They need to find a way to both please the players and fans while also keeping the game safe.