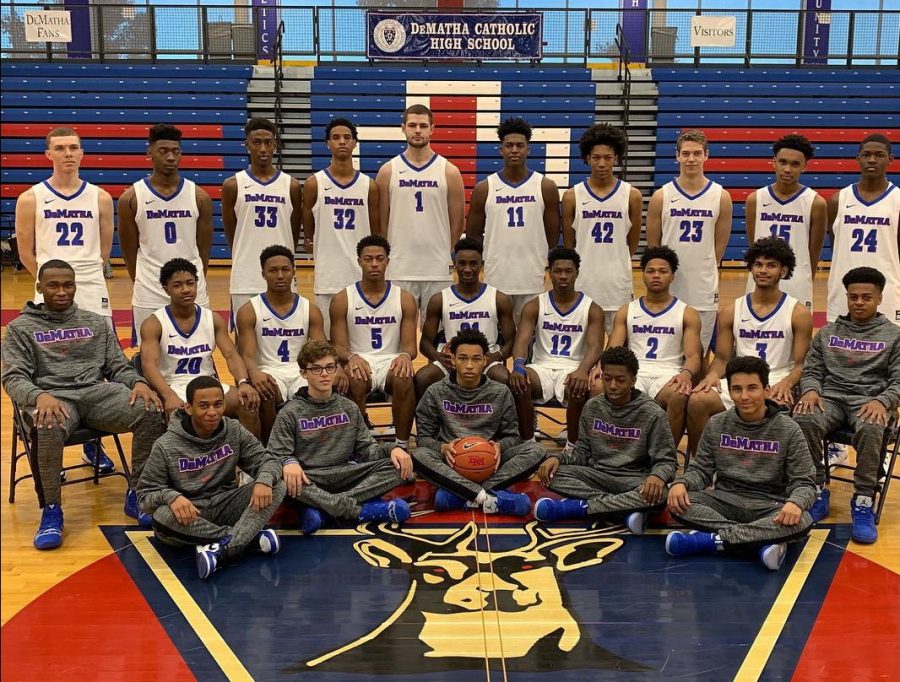 Coming off a very successful 2017-2018 season, DeMatha Basketball now has its eyes on bigger and better goals. Last year the Stags took home three championships (WCAC, MD Private Schools, and Alhambra). Though it was not easy, players enjoyed every moment. “Last year was very special,” Senior Steve Settle said. “We accomplished a lot and had a lot of fun doing it. I also learned many things and I’m excited for what’s in store this year.”

While this year’s team has lost four seniors last year, there are many leaders ready to fill their shoes. Captain Carsten Kogelnik emphasized the importance that great leadership has on a team. “It is extremely significant to our team’s success. This is my third year on Varsity, I have a key role keeping my guys in the right path,” he stated. “We are primed for a special year, the only thing that can hold us back is ourselves.”

The Stags have arguably the toughest schedule in the nation. Ranked among the top ten of Max Prep’s High School Basketball rankings, they are featured in five of their Top 25 High School Basketball Games in the country this season. In addition, there are the tough in-conference games that include Gonzaga, St. John’s, O’Connell, and nationally ranked Paul VI.

Derailed by a few injuries and even the flu, the team did not let that stop them a year ago. Through adversity, they stress how crucial it is to stick together. On a Monday night practice, Coach Mike Jones made a very motivational message to his players. “There are going to be people that try to ruin what we have. We have to do our best to ignore them. They are not in the same room as us right now…they have not gone through what we have gone through.”

At their annual team retreat, the Stags laid down rules the players must follow along with pledges and commitments. It was a great way for the team to gel and gain chemistry. They also came up with three goals for the season. These consist of shooting free throws at 75%, having 70 plus possessions, and leading the WCAC in the least points allowed. While these are key plans for the season, the main objective still remains- NATIONAL CHAMPIONS.