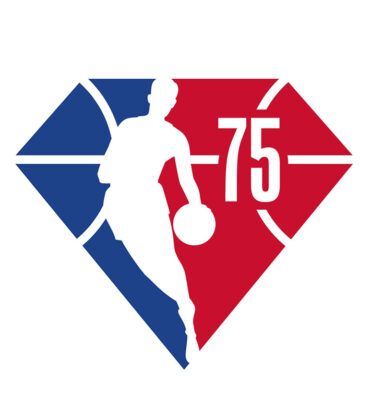 As with every season, there are contenders, teams most people expect to do well, make the playoffs, and ultimately win the NBA championship.

After the Suns came off a heartbreaking NBA Finals loss to Giannis Antetokounmpo and the Bucks, can Chris Paul and Devin Booker lead the Suns back and get CP3 his first championship? I believe the answer is no. With the number of injuries and their strength of schedule in the playoffs, it would be surprising to see the Suns back in the Finals. The Suns playoff run was quite an interesting one as they beat the Los Angeles Lakers 4-2 as LA had an older LeBron James, swept the Jamal Murray-less Denver Nuggets 4-0, and eliminated a depleted LA Clippers team who were without Kawhi Leonard. And in the Finals, the Suns met their match when they came up against the Bucks, and they lost that series 4-2.

The Denver Nuggets are also a strong team that has the ability to make a push to the Finals this season. Denver had very strong expectations, being the third seed going into the playoffs, but starting shooting guard Jamal Murray tore his ACL against the Golden State Warriors on April 12, which then decreased the chances of the Nuggets to make it to the Finals. Their playoff run was not easy as they went against Damian Lillard and the Portland Trail Blazers, but Denver prevailed winning 4-2. Denver’s luck ran out when they faced a red hot Suns squad with CP3 and D-Book.

Now moving onto the Eastern Conference, the Nets failed all of their season and postseason expectations by not making the Finals in 2021. They were the Finals favorites coming into that season and completely fell short of that goal. Many say that having three players that are known as primary ball-handlers is not good for the team, or that Kevin Durant’s size 18 shoe cost the Nets their first trip to the Finals since 2003. But Brooklyn had quite an interesting road to the Eastern Conference Semifinals. The Nets first beat down the Boston Celtics 4-1, then played in arguably one of the greatest playoff series of all time when they faced Giannis and the Bucks, where though they lost 4-3.

Now that the Bucks have won their first NBA title in 50 years, Giannis and his teammates Khris Middleton and Jrue Holiday look to make it back to back appearances and to hopefully crown themselves back to back champions. But the Bucks road to the Finals had its challenges as well. They first swept the Miami Heat, who made it to the Finals in 2020, but then had their toughest test of the playoffs in the second round, where they played the Nets. After surviving a seven-game series against Brooklyn, they faced the Atlanta Hawks and Trae Young. In their Finals matchup against the Suns, Giannis was too much for CP3 and D-Book as Milwaukee won the title in six games.

Outside of these conference frontrunners, some other teams do have players who might be able to help them push for deep playoff runs this season.

Now that the Washington Wizards have secured more role players to help out Bradley Beal, they have a shot at making it out of the first round for the first time since 2017.

A 36-year-old LeBron James can continue his dominance of the league with new teammates Russell Westbrook and Carmelo Anthony.

Stephen Curry and the Warriors now have a shot to end their playoff drought with new pieces Jordan Poole and Andrew Wiggins.

Will the new young stars shine, or will the veterans be able to continue their dominance? Are the season favorites going to contend for a title, or will a dark horse arise? This season will be able to answer all of those questions and many more.