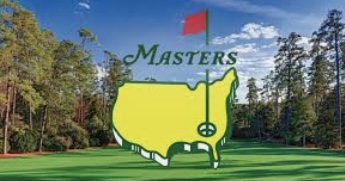 The Masters, like Jim Nantz says, is a tradition like no other. The tournament itself is one of the most prestigious on the PGA Tour and is played only on Augusta National, in the state of Georgia.

The course itself is one of the most beautiful on the tour and the main reason for that is that it is built on a former nursery plantation called Fruitlands. The two founders of the course and club were Bobby Jones and Clifford Roberts. The land is 365 acres with almost all of it dedicated to the golf course.

Augusta National is very selective with their members to try and keep the course’s exclusivity. They do this through many other ways like limiting attendance, limiting tournaments played on the course, and limiting the amount of TV time the course gets. Until this year, the Masters only televised the third and fourth rounds of the tournament. But this year they sold the rights to round one and two to ESPN.

The tickets to watch a round this year averaged around $115 and there were roughly 35,000 too 40,000 attendees throughout the week. The experience for a fan at Augusta is like no other with multiple unique things to participate in and see.

The first is the beauty of the course. Augusta is famous for the amount of azaleas found on the course. Throughout the course there are over thirty different kinds of flowers blooming in their unique color. Hole 13 alone has around 1,600 of these flowers. The azaleas are so plentiful there’s even a drink called the Azalea Cocktail served at Augusta National.

The second is the price of concessions. Nowadays baseball, basketball, hockey, and other golf tournaments will run high prices for concessions. Augusta famously sells very cheap food. The most famous is a pimento cheese sandwich which sells for only $1.50.

The last thing that makes this fan experience so unique is that mobile cell phones are not allowed. Landline payphones can be found throughout the course, but to upkeep the exclusivity of the course they don’t allow anyone to take photos without the course’s permission. This has been an issue for some patrons who don’t have their family’s phone numbers memorized, however.

This tournament also is extremely unique to the participating players and the former champions. Every year, Augusta mails every golfer a formal invitation to participate in the tournament. Invitations are based off of the statistics of the golfers with the exceptions being the winners of the tournament who have a lifetime invitation. The golfers are expected to R.S.V.P. before the club’s set deadline and if they fail to do this they are unable to compete.

Before the tournament even begins, three events happen. The first is the Par-3 competition. This competition shows the players and former greats competing against a 9-hole course, made by shortening the holes. Family members are allowed to act as caddies and even wear the classic white jumpsuit that all caddies are required to wear. There is no winner of the competition as score is not really kept, but there have been some impressive holes in one.

The second thing is a little unexpected for a golf tournament. All previous winners gather in the country club the night before the tournament begins and have dinner together. The menu is picked by the most recent winner and all winners have the same meal. Hideki Matsuyama last year became the first Japanese man to win the tournament and he brought many Japanese style meals to this exclusive banquet.

The final tradition is the ceremonial start to the tournament. They do this by selecting three retired golfers who have won the tournament to tee off first before any of the competing players. They don’t play a round but do it as a symbol. Jack Nicklaus, Gary Player and Tom Watson were this year’s honorary starters and even though they aren’t nearly as good as they were in their prime, they act as symbols of how ancient the tradition at Augusta truly is.

The tournament itself this year was one of the most entertaining golf matches of the year. At the tournament, we saw Tiger Woods’ return to the sport (more can be read about his return here in Keith Minor’s Stagline story from earlier this month) and an epic battle between the number one golfer in the world, Scottie Scheffler and the third best golfer in the world, Cam Smith.

Scheffler entered the last round with a three shot advantage and was able to hang on to the lead and beat second placed Rory McIlroy by two strokes. Scheffler would have won by more but had an unfortunate four-putt on the eighteenth green which decreased his lead. McIlroy had the best round of golf on day four, shooting an incredible 64, and he was also able to make an extremely difficult bunker shot on eighteen which gave him an outright second place.

A poll was run among 50 DeMatha students and all but one had heard and watched at least a small portion of the tournament. But out of all 50, only two had watched the tournament in its entirety.

Some people had very choice words about the tournament, like sophomore Anthony Lukban, who said, “I always hear my dad talking about the tournament and I always wonder why people watch it, like golf is so boring.” Others, like sophomore Jayden Peralta said, “Yeah I watched it this year and its pretty impressive how close they can put the ball to the pin, but I think I could make half the putts they miss.”

The DeMatha community has a split decision on the Masters but we will see next year if they come to a consensus.