DeMatha at the Stotesbury Cup 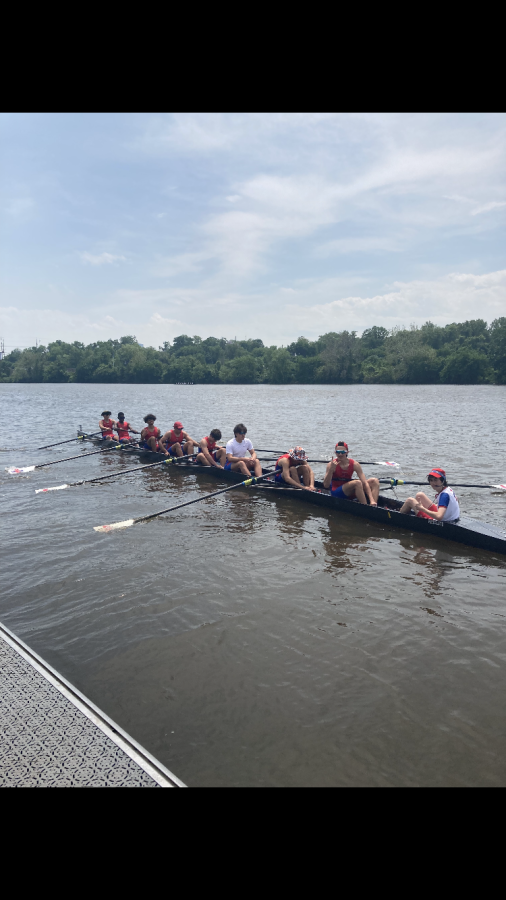 The Junior Eight raced first on Friday and had a good race, but unfortunately missed qualifying by just three seconds. The second Varsity Eight had a technical difficulty during the middle of the race which cost them many precious seconds. Despite this error, they missed qualifying by just three seconds, as well. The coxswain of the second Varsity Eight, Evan Knott, said, “It really sucks it had to happen to us in the biggest race of the season, but I’m still proud of what we did. We were able to fight back after it happened but I know everyone is disappointed when we see teams we’ve beaten earlier in the season beat us and qualify.” The Senior Eight was able to qualify for semi finals, placing thirteenth on Friday.

The next day, as the Senior Eight was preparing to race, everyone turned to Twitter where officials had said all semis had been canceled and the top 6 in the time trial would race in the grand finals. The team had packed up and was preparing to leave when officials reverted their decision and the semi finals were still on. The Senior Eight was placed in a stacked semi final and despite their best efforts fell short of progressing to the Grand Finals. Senior captain Collin Mester said, “It’s frustrating to have to lock in for a race, then be told we’re not racing, and then be told you’re racing [all in the span of] three hours. The heat also played a significant role in how everyone rowed today.” The heat he is referring to was 97 degree temperatures with a head index of at least 100.

This was a very disappointing weekend for most of the rowers, but the second Varsity Eight and Senior Eight have one final race this season, the SRAA National Championship in Camden, New Jersey. Both teams are very ambitious to race again because all of them know they can compete with these fast teams.