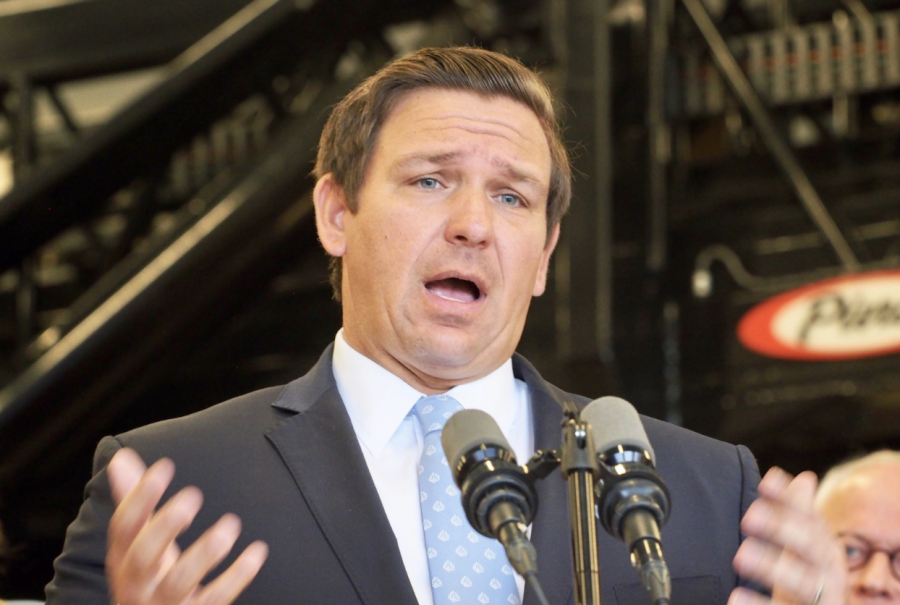 In recent months, much coverage has been devoted to a controverisal Florida law signed by Florida Governor Ron DeSantis. The parental rights bill has been dubbed by progressives as the “Don’t Say Gay Bill,” as critics of the new law see the legislation as anti-LGBTQ.

Many Democrats claim that the bill bans any discussion related to being gay in Florida schools, but what are the actual provisions and contents of the bill? Several critics have inaccurately mislabeled the bill, uneducated about the actual content of the bill and the way in which it will be implemented in Florida schools. So what does the Florida bill actually say, and what impact will the law have on Florida’s young students?

Many people, conservatives and liberals alike, can agree that the stigma surrounding homosexuality has dramatically changed over the past couple decades. Believe it or not, there was once a time when even staunch Democrats opposed same-sex marriage. President Obama even publicly denounced same-sex marriage in the leadup to the 2008 Presdiential Election. But over time, politicians and Americans in general have changed their views regarding the appropriateness of same-sex marriage and homosexuality. And although one would not go as far to say that same-sex marriage is a bipartisan issue, it certainly is not as divisive of an issue as it was 10 years ago.

And that leads us to everyone’s favorite state and favorite governor, Florida’s Ron DeSantis, who is seen by many conservatives as the best option to represent the Republican party in the 2024 presidential election. His words and policies are not just looked at by those in his state, but by Americans around the country. People know that he may very well be the next president of the United States, so his ideas and policies hold more weight than your average governor.

DeSantis has never been one to shy away from controversy, and he has never been hesistant to make bold decisions that he feels protect the well-being of his people. So in response to what DeSantis saw as an increasingly harmful educational climate that risked indoctrinating young students on issues of sexuality, he passed a new law. The bill, officially named Parental Rights in Education, outlaws the ability of school employees to give classroom instruction on “sexual orientation” or “gender identity” from kindergarten through third grade. The bill, contrary to what many believe, does not ban all discussion related to homosexuality in Florida schools. DeSantis’ law ensures that discussions about sexual orientation and gender identity are not prevalent in classrooms where children are not fully developed socially and physically.

The bill correctly shifts influence back to families and parents, who deserve to have the most control in deciding what their children are hearing in regards to sexual orientation and gender identity. If parents feel that discussions about sexual orientation and gender identity are appropriate for their young children, so be it. But the decision to talk about these delicate issues should not be determined by schools and teachers, but rather by parents themselves.

Watching the mainstream media’s coverage about the new bill would lead one to believe that the law prohibits any discussion related to homosexuality and gender identity in Florida schools. The law not only permits casual discussion about sexual orientation, but the contents and provisions of the bill do not even mention the word “gay.” Contrary to Democrats’ claims, the bill does not require schools to notify parents and families when their child comes out as gay or transgender. The partisan news media has made a perfectly appropriate bill seem controversial and immoral, and the false narratives surrounding the bill have sparked unnecessary outrage.

Many have labeled the Florida law discriminatory, saying that it creates a negative stigma around homosexuality, a stigma that many thought society had moved forward from. But the law is not hurting young students who question their sexuality. Rather, the law is protecting them from unnecessary influence and pressure. Those who are struggling with their sexuality should have the choice on the circumstances of how they announce their sexuality, and pressure from school employees to adhere to certain standards can be detremental to those questioning their sexuality.

DeSantis’ new bill has taken unwarranted flack because it touches on a very delicate topic. Many politicians and leaders would be scared to create a law that some could see as discriminatory towards the LGBTQ community, but DeSantis is willing to take some criticism in order to do what’s best for Florida’s young students. DeSantis’ fearlessness is part of the reason why he’d make such a great president. Sometimes, it feels like DeSantis is Trump without some of the Hollywood drama, or that he is a product of Trump’s vast success.

The media’s spin of Florida’s new law is nothing that we haven’t seen before. The left-wing media knows how powerful and influential DeSantis is and will continue to be, and they want to tear him down before he becomes the face of the Republican Party. They see him as a clear threat, and they know that he could well win the Republican nomination for the 2024 race. But it’s about time that people realize the misinformation surrounding the coverage of Florida’s new bill. In fact the name coined for the bill, “don’t say gay,” is only helping push the false narrative that the bill bans the mention of the word “gay” inside Florida classrooms. So if you have been actively calling the bill by this name, you might want to take a further look at the contents of the bill.

The controversy surrounding the bill is indicative of a bigger problem currently ongoing in American politics. The problem relates to the inability of corporate media, on both sides of the political spectrum, to report the facts. The lack of accountability for the media has only created a more biased and charged political atmosphere. Sure, President Trump and his rhetoric did not exactly unite the nation, but the media is the biggest culprit of the fractured political state that we currently find ourselves in.

Time will tell whether or not DeSantis’ new law is effective in limiting the amount of classroom discussion about gender identity and sexual orientation, but the law certainly seems like a step in the right direction. The law is a win for families across the state who have LGBTQ children. By preventing the indoctrination of young children by school officials and third-parties, DeSantis is allowing parents and families to properly care and teach their children in a more natural way.

One could argue that this law has nothing to do with politics. The law is about protecting young students and allowing them to naturally figure out their sexuality. How can that be percieved as a negative thing? It’s likely that many people who have believed the false narratives peddled by mainstream media would be surprised to learn what the law is actually about and the provisions of the law itself. That’s why it is so important for one to do their own research before believing the information being fed to them.

This commentary was not written to lecture people about how stupid they are if they believe what the media tells them. But it serves as a reminder to always use critical thinking skills, especially in today’s current political climate.

Over the next few years, many people will be closely watching to see how Florida’s schools choose to implement the bill. The line still seems to be somewhat blurred on what constitutes classroom instruction as opposed to causal discussion about issues of sexuality. But what’s for certain is that DeSantis himself is not going away any time soon. And if you don’t like him or his policies, then guess what? He doesn’t care.