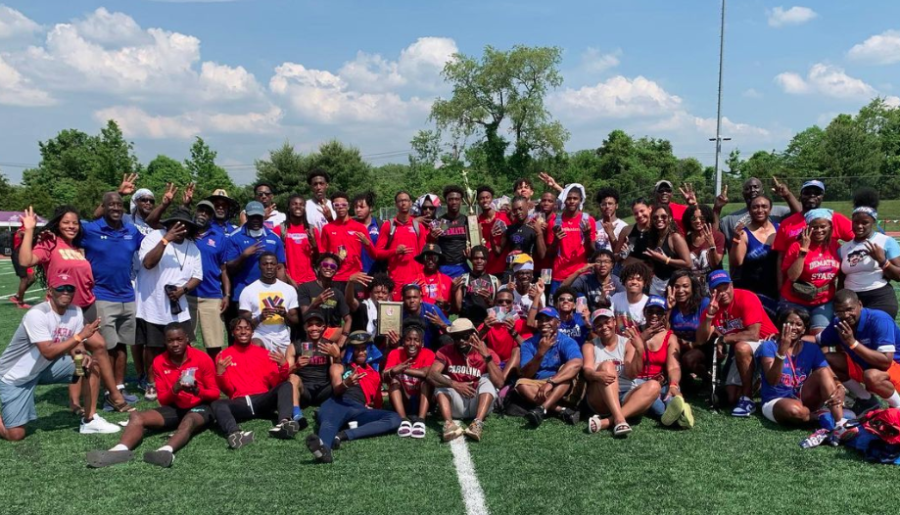 While they had strong performances in the individual events, it was the team events where the Stags really dominated. Gavin Weddington, Chris Toomer, Dawson Grogan, and Daden Grogan combined in the 4×800 meter relay to set a meet record time of 7:52.03. Dawson Baker, Zilan Williams, Sage Phillips, and Gavin Weddington combined to help the Stags set another meet record with a time of 3:15.95 in the 4×400 meter relay. Three total relay victories, including two meet records, helped the Stags to finish with 184 points, outsourcing second place Archbishop Carrol and third place St. John’s by 50 and 52 points, respectively.

DeMatha’s track and field coach Buddy Crutchfield captured his third WCAC title as the leader of the program. His way of preparing his teams for the WCAC is a big reason why they have been so dominant.  “Our strength and core training was a big part of our success. If you don’t have a strong base and good core, you can’t successfully train for the next level,” Crutchfield said.

He also felt a great deal of pride bringing yet another WCAC championship to DeMatha. “There was a lot of pride.  After not having the championship for the past two years, it was really nice getting out there and competing. Our guys went through a lot this winter with COVID. So it made it even better knowing all the obstacles this team had to endure.” He continued by saying he felt good about the Stags’ chances of repeating next year. “I feel confident that we will be just as strong of a team next year as this. This is the WCAC, by far one of the toughest conferences in the nation.”

After winning its first WCAC title in 1991, DeMatha’s track program has not looked back. DeMatha has now won 18 track and field championships in the 31 years since, and are looking forward to making it 19 next spring.