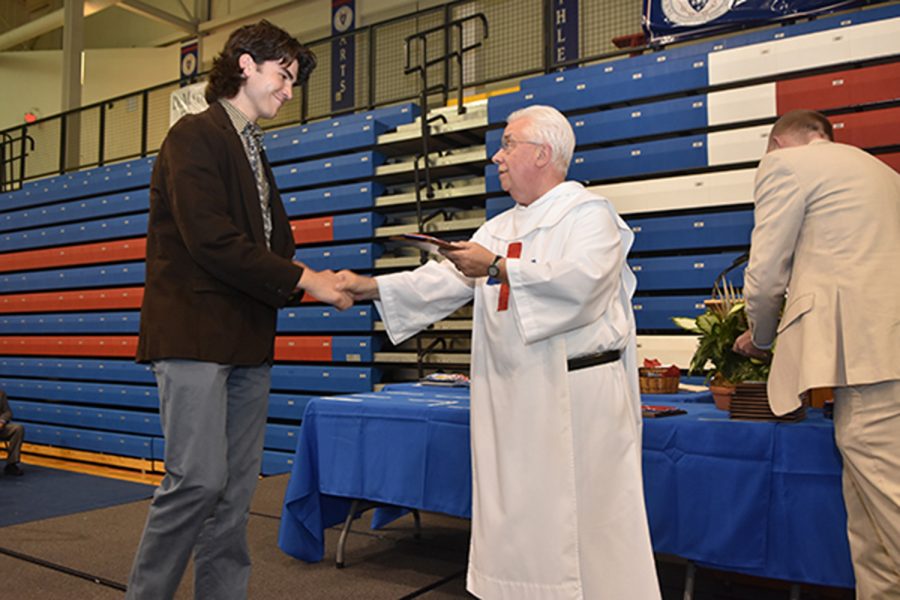 On June 13, 2017, we lost a member of the DeMatha community. Zach Misleh 16’ was loved by many. He was an NHS student, a multitalented musician, rowed for DeMatha crew, and gave the welcoming address at graduation. Teachers who knew him had a lot to share about him.

Ms. Stockton: “He went on the urban plunge with us when he was a junior. He was extremely engaging, and he didn’t know a stranger. He loved knowledge, and always wanted to learn. One of the nicest kids I had ever met. I was so shocked at the news, because I expected to see him back here in 30 years, continuing to change the world.

Mr. Bright: “Zach spanned all of the different social groups at DeMatha, wanted to be friends with everyone. That was showed by the prayer service, in which almost his entire class showed up. Even when he is not with us, he still is driving people together.”

Mr. Paul Clark: “He was incredibly bright, so enthusiastic when it came to learning new things. He valued his own education as well as others. He had a very strong classroom presence, and he made the classroom a better place for everyone.”

Mr. Reeves: “He was a peacemaker, wanted people to get along. I took him to Greece, and we sat on the beach until about four in the morning just talking. He was extremely thoughtful, and was a gentle person as well.”

No amount of quotes could ever capture the life of Zach Misleh. His profound effect on the DeMatha community will never be forgotten.