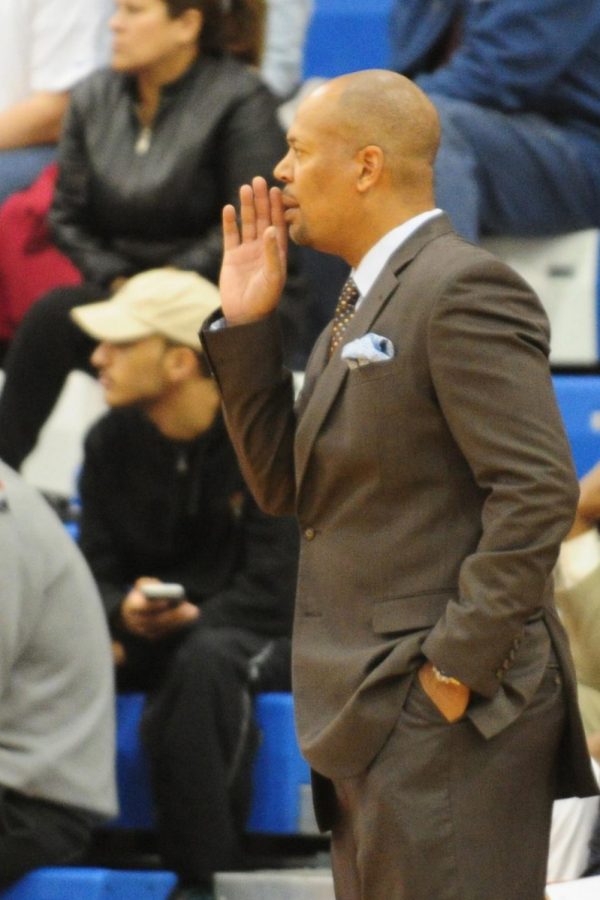 There has always been pre-season hype when it comes to DeMatha Catholic High School basketball, and this year is no different. Many in the DeMatha community, including players, coaches, students and faculty, anxiously await the arrival of DeMatha’s 2017-2018 basketball season. Coach Mike Jones, DeMatha class of ‘91, will lead the Stags for his 16th straight season, poised to maintain the sustained excellence that DeMatha basketball brings on and off the court.

When asked what the expectations are for this upcoming season, he said, “We’re at DeMatha, so we want to of course compete for the championship, but it is so early and we have a lot of work and preparations to do before the season begins.

Considering the tryouts have just begun, there are still some unspoken expectations that will be included later on in the beginning of the season according to the head coach. The Stags will go into this season looking to capture the prestigious WCAC title this winter, as discreetly referred to by Jones.

The head coach also went on to say, “I think tryouts are going to be as competitive as they’ve ever been this year because of all the new talent we have in the program so it’s going to be very interesting to see what happens.”

Coach Jones also emphasized the importance of leadership from seniors this season.When asked about how he felt about going into playing his last athletic season as a Stag, senior Justin Gielen said, “Yeah I’m excited for this year’s basketball season and bringing back a WCAC championship for hoops.” Gielen, who is a four-year varsity soccer veteran, two-year captain, and bound to be a high school All-American, has made his expectations for this season pretty clear.                                                                This year’s varsity team will be filled with many new faces due to the fact that the team “won’t be dominated by seniors, as it has been in years past,” according to Jones.

Last year’s team consisted of five seniors. Their graduation gives many rising juniors and sophomores a chance to impress during tryouts. As the fall months pass, many in the DeMatha community remain keen for the upcoming season.