Why Ohio State should be in the playoff 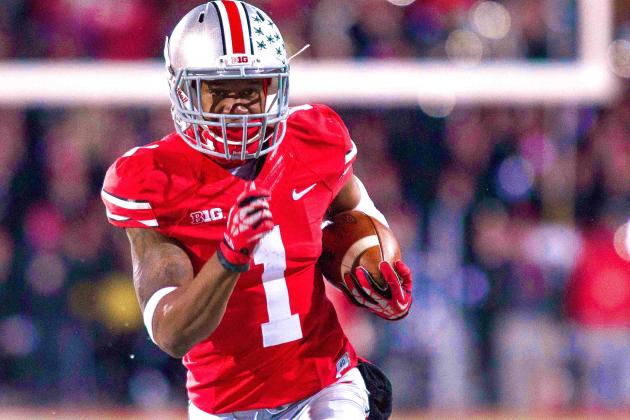 This four team playoff allowed the top 4 teams to participate in a tournament that chose the national champion. With the playoff came a very controversial decision, a playoff committee. The playoff committee is comprised of retired coaches, current athletic directors and former sports reporters.

This year the committee was charged with making the biggest decision in the 4 year history of the playoff and in my eyes, they failed. Although the top 3 teams were easy decisions, the fourth spot was up for grabs between Alabama and Ohio State. To compare resumes, Ohio State is an 11-2 team with 2 top 10 wins and 3 top 15 wins including a victory over formerly undefeated and playoff bound Wisconsin. They finished the season off with a Big Ten championship win, a conference that currently has 3 teams in the top 10 and 4 in the top 25. Despite the impressive wins, the Buckeyes do have two losses. They lost by 15 at home against #2 Oklahoma and they also lost to Iowa on the road by 31…yikes.

Now, let’s take a look at Alabama. Alabama is an 11-1 team with no top 10 wins but they do have two top 25 wins against LSU and Mississippi State. Despite the fact that LSU lost to Troy, I’ll still give Bama credit for the ranked win. Also, Alabama’s out of conference schedule leaves a lot to be desired.

When I look at these two resumes I feel the answer is very obvious, Ohio State should be in the playoff. Despite having two losses, their body of work is a lot more impressive than Alabama. The playoff committee thought otherwise, they put Alabama in over Ohio State pointing at the horrendous Iowa loss as the difference maker. I understand that the Iowa loss was bad but I don’t deem it bad enough to justify keeping the Big Ten champion out of the playoff. Alabama couldn’t even win their conference, why should they have the opportunity to compete for the national championship?